Skip to content Skip to navigation
Resources and Information on COVID-19 Ask a Question
UNIVERSITY OF CALIFORNIA, MERCED

That’s the surprising finding of a cognitive science study that attempts to understand how people develop into who they are: social and ecological environments in which we develop have a lot to do with it.

“The way scientists think of personality has traditionally been based on looking at how people in the West behave, and then looking for the same patterns in other cultures,” cognitive science Professor Paul Smaldino said. “However, if we pay attention to the differences as well as the similarities between cultures, we can start to see the patterns that reveal why particular variations exist.”

For example, an introvert in one place isn’t likely to be the gregarious life of the party in another. Gregarious people are also likely to be assertive. Different behaviors tend to covary or be present together.

But this covariation is neither random nor easily explained by genes. The social and ecological environments in which we develop, the scientists said, have a lot to do with how we develop.

Our personalities are created by the patterns of behavior we exhibit that are relatively stable over time. But what creates those patterns, and why do they persist? 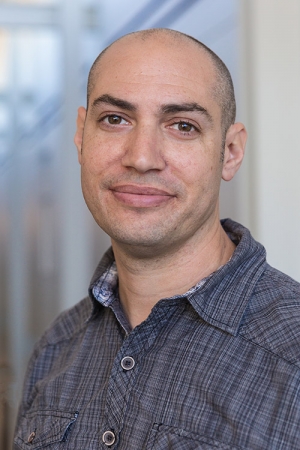 Cognitive scientist Paul Smaldino is a co-author on a recent study published in Nature Human Behaviour.

That’s the question Smaldino is exploring with collaborators from UC Santa Barbara, California State University Fullerton and the University of Richmond. Their research, published in the journal Nature Human Behaviour, suggests societies differ in the personality profiles of their members because of the different sociological niches in those societies. The diverse niches in a society — the occupational, social and other ways people navigate through daily life — constrain how an individual’s personality can develop.

Smaldino and his colleagues question the universality of this model in their work, instead exploring why certain traits — such as trust and sympathy or impulsivity and anxiety — bundle together as they do in particular places.

The researchers looked at personality data from more than 55 societies to show that more complex societies — those with a greater diversity of socioecological niches — tended to have less covariation among behavioral traits, leading to the appearance of more broad personality factors. They developed a computer model to create simulated environments that varied in their number of niches, which demonstrated the plausibility of their theory.

“The importance of socioecological niches basically comes down to this: How many ways are there to be a person in a given culture?” Smaldino said. “What are the number of successful strategies one can use to thrive? If you’re in a complex society, like the wealthy parts of America, there are just myriad ways to be.

“No matter how idiosyncratic you are, you can find a community that accepts you. On the other end of the spectrum, say in a small-scale foraging society, your behaviors are going to be a lot more constrained. This affects the ways in which behaviors cluster together, and the patterns that manifest as personality characteristics.”