There are 1.7 million multidrug-resistant, hospital-acquired infections that extend hospital stays, increase medical expenses and decrease quality of life. The United States alone reports at least 120,000 deaths annually from resistant infections that are improperly treated because of a scarcity of reliable antibiotics. 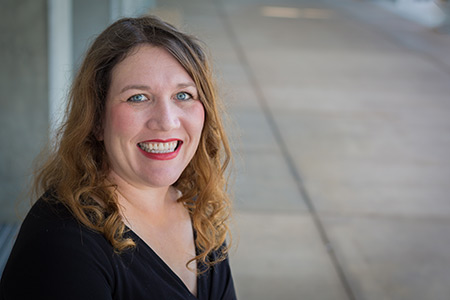 They found that most resistant infections came in from the community, rather than originating inside the hospital. It’s important information and a first step in larger-scale studies.

“Resistance is more than epidemic — it’s almost endemic now,” Barlow said. “We’re trying to figure out at what scale interventions need to occur to reverse antibiotic resistance. Right now, we’re just trying to save the world.”

Seigal created a software package that enabled the team to study about 600 patient cases and a panel of 16 antibiotics over 2½ years. The team analyzed about 10,000 records in all, and saw that two resistant infection strains were on downward trends at the hospital, while the rest showed no significant hospital-based trend.

The computer package ran the data quickly — it only took a few minutes to determine the significance of a trend, Seigal said. Now, the researchers would like to use their methods to study hospitals across the country. They will share their software for free so that hospitals can study their own facilities, but Barlow and her colleagues would like to analyze the data, too, to see larger trends.

Hospitals would benefit from using the analysis, Seigal said, because they could see the effects of their practices and interventions. The analysis could also help them detect clonal outbreaks of resistant diseases.

“This study highlighted the importance of large-scale policies to address the antibiotic resistance problem,” Seigal said. “Hospitals do great work to tackle antibiotic resistance as best they can, but their efforts need reinforcement at a larger scale than any individual hospital. Without that, they are ultimately fighting a losing battle.”

Barlow, who is with the School of Natural Sciences and the Health Sciences Research Institute, runs Project Protect, an online education, research and information network that helps inform the public about antibiotic resistance. She sees that doctors are cutting back on prescribing antibiotics, but said people need to know when they should and shouldn’t take them.

Antibiotics have been outstanding at treating myriad infections, but have become overprescribed in America and some other countries. Barlow’s previous work has shown that bacteria are rapidly evolving into resistant “superbugs,” a demonstration of evolution that can be witnessed almost in real time.

Pharmaceutical companies are not making new antibiotics. However, Barlow has shown that a rotating course of the antibiotics now in existence can make the bacteria vulnerable to treatment again.

“Hospitals can help in producing a good outcome,” Barlow said. “But they are part of a much larger picture.”