People know using their cellphone while driving is dangerous, but they do it anyway, according to a recent survey of UC Merced students. 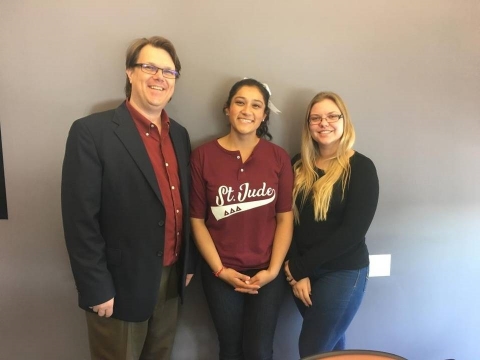 Professor Stephen Wooding and his public health class dived into a research project examining what people know about distracted driving and how they feel about it.

“We wanted to determine what they know compared to the research,” Wooding said.

Students conducted a 10-question survey involving about 130 UC Merced students. The survey suggests most students use their cellphones while driving, despite understanding the dangers.

“I just feel overall it’s shocking,” said Nicole Morgan, a 20-year-old student in the public health class. “People know how bad it is to text and drive but they do it anyway.”

Texting, checking a cellphone, talking on the phone or talking to a passenger are all forms of distracted driving, Wooding said.

The research stemmed from studies done by David Strayer, a cognitive neuroscientist who has been examining how distracted driving and the brain correlate for the past 12 years.

Drivers talking on a cellphone are four times as likely to be in a car accident than those who aren’t, Strayer found, the same odds for someone driving under the influence of alcohol or drugs.

“This was really impactful and changed my view,” Morgan said.

“The main message is they underestimated the impairment of talking on the phone while driving,” Wooding said.

The class also used data from the National Highway Traffic Safety Administration, which ranked distracted driving as the No. 1 cause for accidents in the country.

“There’s a disparity between what students know and students’ behavior,” Wooding said.

The research also revealed misconceptions about using hands-free devices. More than 60 percent of students believed talking on a headset was safer than holding the phone, but experts say having any conversation distracts the driver from the road.

Morelia Marines, a public health student in the research class, said many people don’t realize their minds are distracted, even though their eyes are on the road.

About 33 percent of students surveyed said they are more likely to use their phone at some point while they’re driving. According to their data, most students overestimated their abilities to talk on the phone and drive.

“They just need to act on it,” Marines said. “It’s difficult to get people to do it.”

Wooding said he hopes the project provokes people’s interest in what they can do in the world after having this knowledge.

“It’s important to get the info out so people can start thinking of ways to change their behavior, even if they don’t do it themselves,” Morgan said.